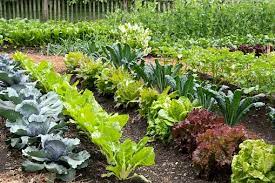 He was born on October 15, 1938 in Randolph County, a son of the late William Robert Walker and Eula Rush Walker. He has owned and operated Walker Furniture since 1964 and along with his nephew, Larry Walker, owned Walker Racing Team. Jackie was passionate about car racing: especially NASCAR and enjoyed races at Daytona, Talladega, Charlotte and Martinsville. In his earlier years he raced at Caraway. He has been a part of the racing community for many years, and his family continues to be involved with racing through Walker Motor Sports in Mooresville. He was a loving husband, father, brother, grandfather, uncle and friend and will be dearly missed. In addition to his parents, preceding him in death were his brothers, Rayford, Robert, Paul, Charles, Odis, Benson, Dale, Glenn, Roy and Billy.

He leaves to cherish his memory, his wife of 61 years, Priscilla O’Brien Walker; his children, Renee Walker and Timothy Walker; his sister, Ruth Wall and her husband, Raymond; his grandchildren, Chris, Kayla, Lexi and Jake. Also surviving are his great grandchildren, Eli, Ezra and Eden and a number of nieces and nephews.

A service to celebrate Jackie’s life will be held on Tuesday, October 12, 2021, at 2 p.m., from the chapel of Cumby Family Funeral Service, Archdale, with Bishop Steve Rich officiating. The committal service will follow in Floral Garden Memorial Park Cemetery. His family will receive friends on Monday, October 11, from 6 until 8 p.m., at the funeral home.