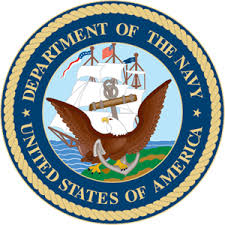 Lloyd Wesley Haines, born in Etna, Maine on July 10, 1927 to the late George M. Haines and Millie Hurlbert Haines, passed away on July 31, 2022 at his residence, Mebane Ridge Assisted Living.  In 1940, his family moved to Elliot, Maine so his father could work at the Portsmouth Naval Shipyard to join the war effort. In early 1945, Lloyd joined the Navy and was assigned to the Construction Battalion (CB's).  He was sent to Okinawa, to be part of the invasion of Japan, which never took place because of the atomic bombs.

He was honorably discharged in 1946 and returned to the Elliot/South Berwick, Maine area where he met the love of his life, Clara Jenny Besse.  They were married on Christmas Day 1948.  They were married for 63 years, until her passing in 2011.  In 1950, their son Peter was born and in 1953 their son Timothy was born.  When the Korean War broke out, Lloyd reenlisted in the CB's.  But instead of the war zone, this time he was assigned to the naval base at Guantanamo Bay, Cuba.  He was honorably discharged in 1953. Their daughter, Faith, was born in 1963.

Over the years Lloyd worked at the Portsmouth Naval Shipyard, Pease Air Force Base, and the US Forestry Service (based in Durham, NH at the University of New Hampshire).  All told, with his military time and civilian service time, he worked 30 years for the Federal Government, retiring in 1982.

He and his wife spent many years volunteering at Dover Baptist Church in Dover NH.  After they retired in 1985 they moved to Zephyrhills, Florida, where they spent 20 years volunteering at Zephyrhills Evangelical Alliance Church.  After moving to NC in 2005, to be closer to family, (all three children were living in NC at the time) they joined Hillcrest Baptist Church in Kernersville NC and were active in attendance.  However, age and health kept their volunteering to a limited amount.

After retiring, Lloyd made six short term mission trips.  Two were with his wife, after she retired as a Postmaster from the USPS.  Some of the trips were as short as 3-4 weeks, some as long as 6 months.  They included two trips to Zaire, one trip to Ivory Coast, two to France, and one to Chile.

He is pre-deceased by his wife, Clara; parents, George and Millie; sisters, Kathryn Talbot and Ardith Jacobson; and brothers, Gerald, Quentin, Dale and Paul Haines. He is survived by one brother: Harold Haines.

He is survived by his three children: Peter (Nelda) and Timothy Haines and his daughter, Faith Husler (Dean).  He is also survived by five grandchildren: granddaughter, Becki Peterson (Andy), grandsons Matthew (Meagan) and David Haines and Justin and Jeremy Husler.

Additionally he is survived by two great grandchildren, Taft and Kelcey Peterson.  He is pre-deceased by daughter-in-law, Libby Haines, and granddaughter, Sara Haines.

A graveside service will be held at the New Town Cemetery in Rollinsford NH on August 20 at 11:30 a.m.