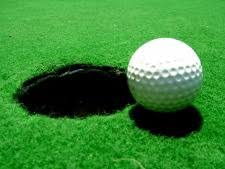 He was born on May 13, 1940 in Randolph County, the son of Cline and Lena Richardson Cochrane. A resident of this area most of his life, he attended Allen Jay High School and served his country in the US Army where he played baseball. Later he served in the Army Reserves. He retired as Plant Manager from W& J Rives and later worked part time with Advance Auto Parts, and served as a Park Ranger at Oak Hollow Park. Randy was an avid golfer, playing mostly at Blair Park and Oak Hollow and was a member of the High Point Golf Association. In addition to golf, he enjoyed reading and going out to eat on Saturday night with his wife. He will be remembered as a loving husband, father, brother, uncle, and friend and will be dearly missed. Preceding him in death were his parents; his sister, Joyce Benson and his beloved wife of 60 years, Judy Laster Cochrane.

He is survived by his daughter; Tammy Cochrane and a nephew, Robert Benson, Jr. and his wife, Diane.

A service to celebrate Randy’s life will be held on Friday, May 6, at 6:00 p.m. from the chapel of Cumby Family Funeral Service, Archdale with Pastor Marty Frazier officiating. His family will receive friends on Friday night, following the service at the funeral home. The committal service will held Saturday, May 7, at 10:00 a.m. from the graveside at Floral Garden Memorial Park Cemetery.