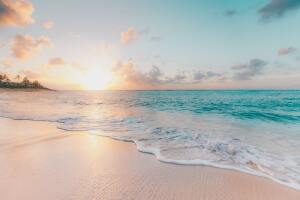 He was born on May 2, 1957, in High Point, a son of Thomas Edward Hussey, Sr., and Betty Loflin Hussey. A resident of this area all his life, he worked in landscaping for a number of years and was known for his own well maintained an immaculate and beautiful yard. Later he managed Storage Now on Hwy 62. He was a longtime member of Jewel Baptist Church in High Point. Eddy enjoyed traveling; especially to Hawaii and the Island of Maui, taking cruises to the Caribbean, and classic sport cars. He was passionate about cooking and baking, hosting dinner parties for friends and family, and making cakes with his granddaughter and niece. He loved his Lord, his family and his friends and will be dearly missed.  He was preceded in death by his father.

He leaves to cherish his memory; his wife of 43 plus years, Penny Dawkins Hussey; his daughter, Allison “Ally” Hussey; his mother, Betty Loflin Hussey; his brother, Timothy Lee Hussey and his wife, Dana; his granddaughter, Greenleigh Kennedy and a number of nieces and nephews.

A service to celebrate Eddy’s life will be held on Wednesday, October 13, at 12:00 p.m., from the chapel of Cumby Family Funeral Service, Archdale, with Pastor James C. Cain, Jr., officiating. His committal service will follow in Floral Garden Memorial Park Cemetery. His family will receive friends on Wednesday, from 10 until 11:45 a.m., at the funeral home.

Video is available for this event